A couple of weeks ago I was sipping limoncello on a balcony overlooking the lower Amalfi Coast, but it feels more like an era has passed. Much has happened since then, and dreams and reality have intertwined a seemingly endless number of times. I might still be on that balcony sipping limoncello, or I might never have been. Looking around me now, at the uniform concrete blocks rising up out of the earth behind an enormous statue of a Soviet soldier with his kalashnikov thrust up into the air in a victorious salute, my mind fails to bring up the image of that winding coast line.

This, instead, is what I remember:

A 6-hour layover in Istanbul, followed by a typical Ukrainian flight- grim passengers, screaming children, frustrated flight attendants- and finally, upon landing, a bombardment of clapping.

Why would anyone clap on an airplane?

The Next Day: Oooooh…

A long wait at the passport desk while the officer stares blankly at my face on the page and back at me… then finally a stamp with the words ‘Kharkiv’ loudly announcing my arrival.

A drive through the city center, devoid of people at 3 am.

Waking up, or falling asleep again.

Reports of a plane crash, a line of people holding empty bottles at the water truck.

Potholed roads and paths of mud, with an occasional uneven stretch of pavement thrown in. 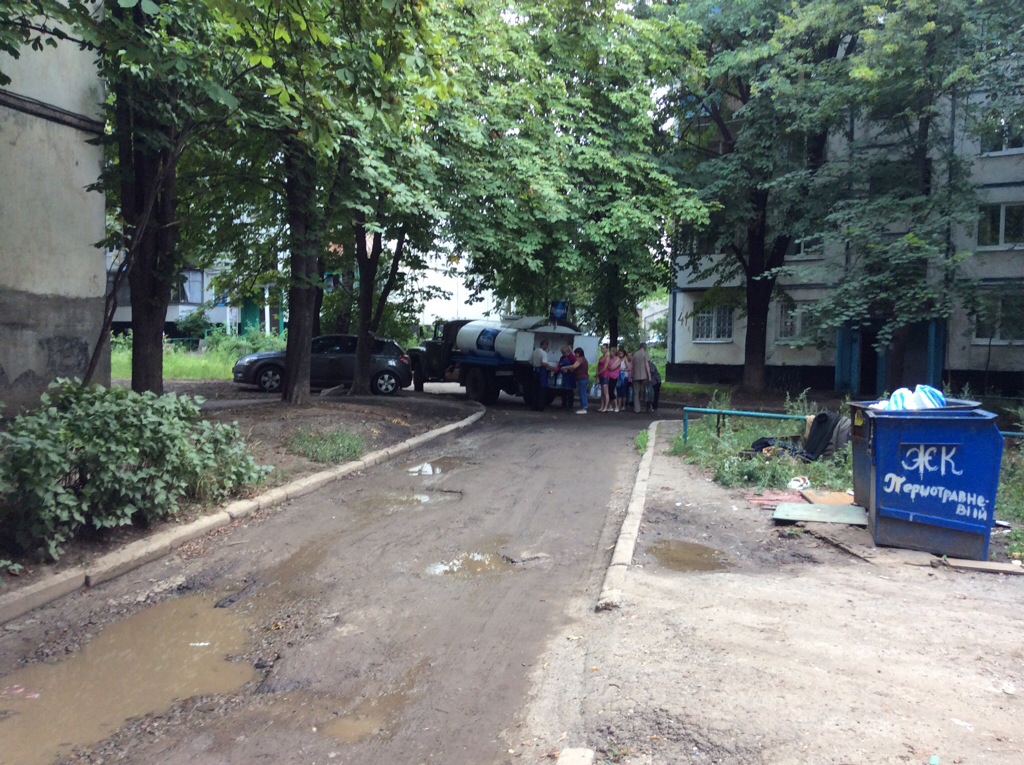 I’m not big on either the cheese or the fish.

Still being able to read Cyrillic makes me proud (my pride hasn’t been told yet that I’ve forgotten whatever little Russian I once knew).

The sound of Russian… is not at all similar to that of the Italian I’ve become accustomed to.

The metro. Unlike Rome’s it’s gypsy and graffiti free and, at 0.20 euros for a ride, it’s cheaper too!

Spending an hour getting a pedicure from a woman who operates, unofficially, out of an apartment so she doesn’t have to pay taxes.

Can’t believe it’s taken me 28 years to get a pedicure… damn are those nice!

Watching Ukraine’s President make a statement about the downed plane while my feet steam. 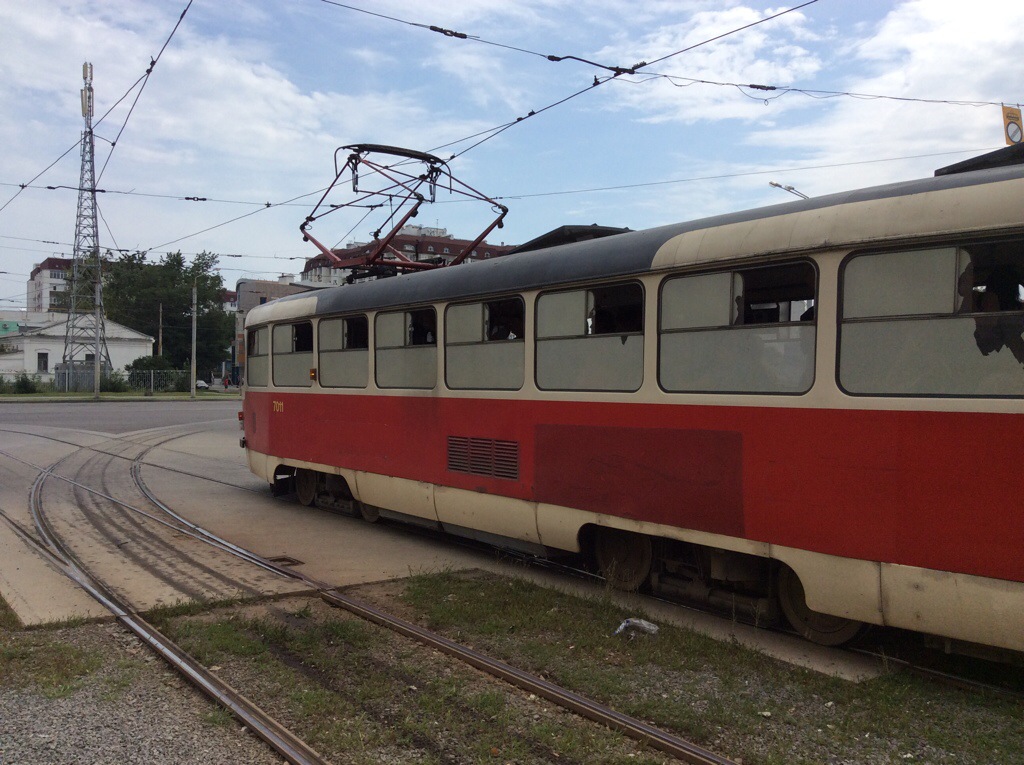 A group of children climbing on a Soviet Missile launcher decorating a square in a residential area.

Vanilla milkshakes from a corner shop.

Italian ice cream will be missed.

The falling Ukrainian currency. The 1 Euro = 10 Hryvnia rate from 2 years ago has fallen this year to 1 Euro = 16 Hryvnia.

Trying to communicate to people by speaking Italian.

Falling asleep to the sound of drunks shouting, wild dogs fighting in the yard outside.

Flies the size of blackberries, buzzing fatly in the muddy air. 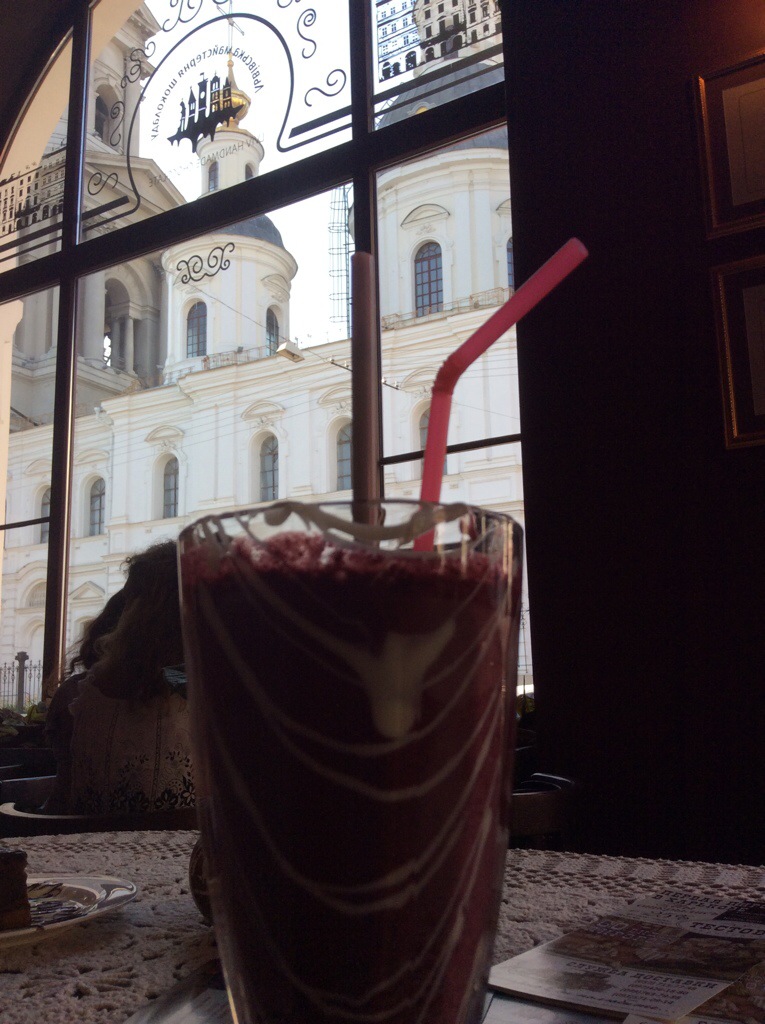 The Fat House and their orgasmically holy vareniky.

Old friends and colleagues getting married!

Hurting my foot during an attempt at jogging down the uneven, glass strewn sidewalk. Sportsman of the year, I am not.

Contrary to my belief, “where” in Russian (“gde”) is not similar to the Australian pronunciation of “Good day” and shouldn’t be followed by “mate”.

A drunk man passed out on the metro platform, oblivious to the people trying to revive him.

Discussions of the political and military situation in Ukraine over drinks. 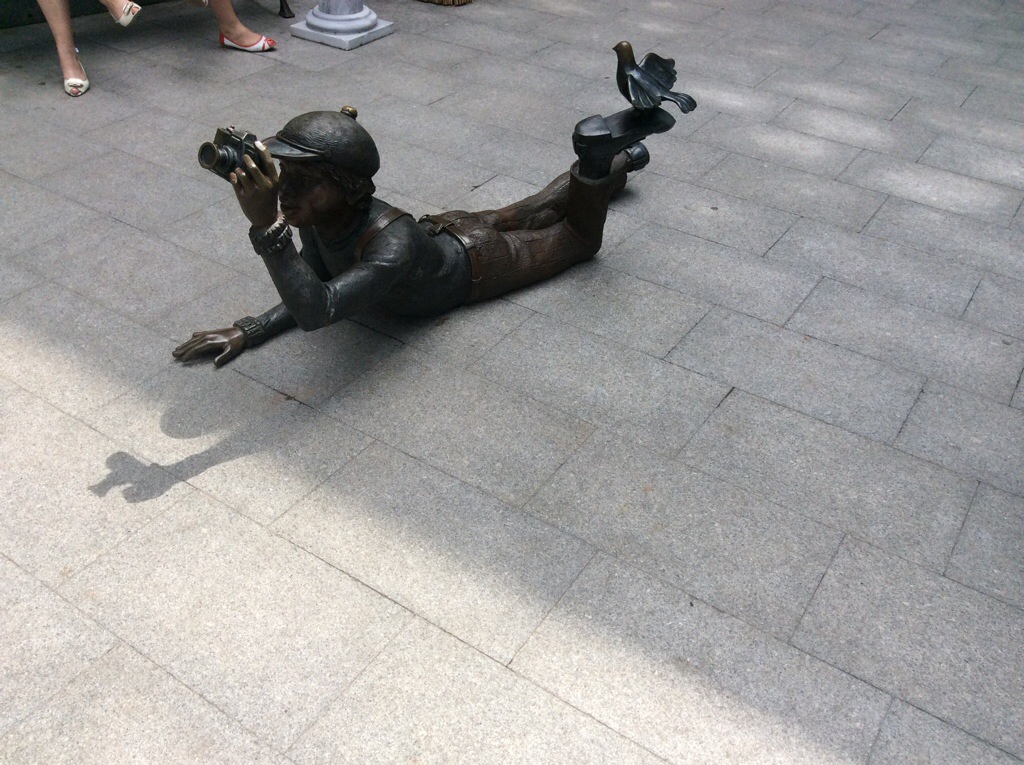 A man who enters hotels for the sole purpose of taking unaccompanied luggage off the rack and leaving it on a different rack, on a different hotel floor, just for kicks.

Ukrainians love their mayonnaise and sour cream! (Fine by me!)

A woman mopping the floor… and my feet.

Silly cat videos that play in the metro station. Presumably to help with the overwhelming depression that seizes you when you remember why everyone around you looks so miserable.

Trying to find my way down “paths” in the dark.

Forgetting to unplug the internet.

The new and improved Gorky Park.

Everything is so incredibly cheap here! Except books… apparently bound paper costs the same everywhere.

Is there really a war going on less than 100 kilometers from here? You really wouldn’t know it.

Breaking my toenail tripping over a suitcase and ruining my new pedicure. Gah!

Filling up buckets because the entire apartment building won’t have water tomorrow.

Remembering a bottle of limoncello I brought with me. I take it out of the fridge and bring it to the balcony. The monument to the liberator soldier watches as I drink, and forget again…

But I still don’t like dried fish or string cheese.